Understanding Different Types Of Triggers & How They Work

Understanding different types of triggers is an important part of learning about guns. The trigger is the primary control of a firearm. It’s the thing that you use to operate the gun. Sure, there might be a safety switch, you might have to manually cycle the action, and you definitely have to aim the sights, but the trigger is the one and only thing that makes a firearm do what it was designed to do.

If you’re new to shooting, you probably haven’t given the trigger much thought, but you will over time. Trigger pull is one of the most widely discussed topics among firearm enthusiasts. So, we put this article together to give you a crash course on triggers. The different types of triggers on a firearm include:

How Does A Trigger Work?

How a trigger works depends on the type of trigger it is, which we’ll get into later, but in general, a full trigger pull unleashes a cascade of events that result in the gun firing.

When a modern firearm is at rest, the part of the trigger mechanism called the sear blocks the hammer. Depending on the design, the sear is part of the hammer, trigger, or a separate part entirely.

This revolver is equipped with a double-action revolver, meaning a full pull completes two actions such as the hammer going back and then forward.

(However, older weapons, like the classic six-shot revolvers of the cowboy era, didn’t have a sear at all. As a result, the hammer needed to rest on an empty chamber.)

When you pull the trigger, it moves the sear and unblocks the hammer. Without obstruction, the hammer, which is under spring tension, immediately drives forward.

The hammer will travel until it hits the firing pin, which will pierce the back of a cartridge and cause another chain reaction inside the round, and end with a bullet flying down the barrel.

Now that you have a general idea of how a trigger works, we will break down the process in more technical terms, so you will, at the very least, understand what gun people are saying when they speak the lingo.

This rifle is equipped with a single-stage trigger, so all the mechanical stages happen throughout the trigger pull.

One thing to note about this process is that not all firearms use a hammer. Some pistol designs use a striker instead. The mechanical process is similar, but the main difference is the striker actually strikes the cartridge’s primer instead of a firing pin.

There are multiple types of triggers, and while they may sound the same, they aren’t exactly the same. They have different names depending on the firearm type.

For a single-action trigger, imagine a character in an action flick holding a revolver. He’s angry and threatening another character. He’s not getting the answers he wants and he’s running out of options. To show that he’s serious, he cocks back the hammer, so the gun has a hair-trigger. 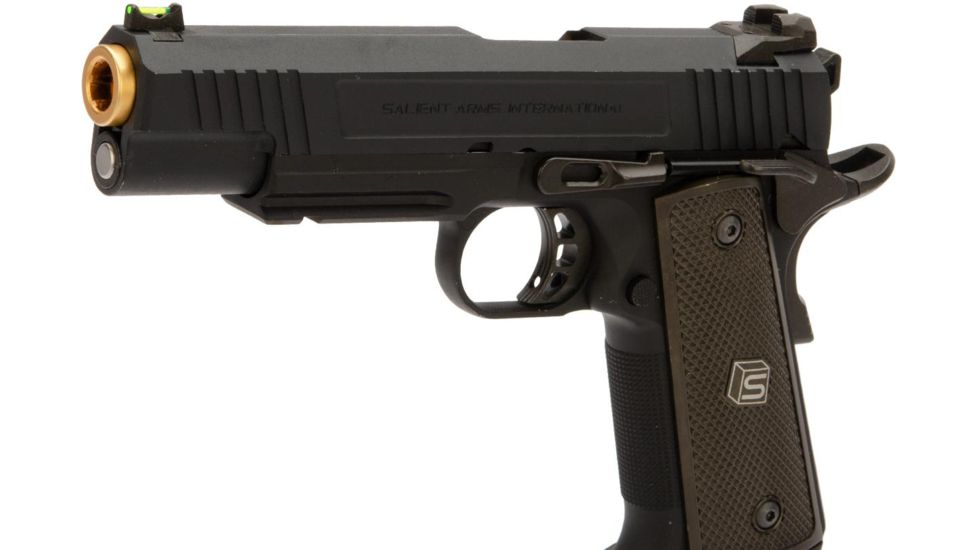 Now, for a double-action trigger, think of that same character, but instead of cocking the hammer back, he just starts squeezing the trigger. He’s demanding answers or otherwise he’ll shoot. The camera zooms in on the trigger as he slowly pulls it to the rear. The hammer is also reaching back.

This is an example of a double-action trigger. It has a long pull because it requires two actions to fire. The first action cocks the gun and the second fires the gun. The double-action trigger exists primarily for safety reasons. It takes a lot of effort to complete the pull (though, you should still follow gun safety rules and keep the safety on if the gun has one).

As we already mentioned, some firearms use a striker instead of a hammer and firing pin. Nonetheless, a striker-fired trigger will still have slack, creep, break, over-travel, and reset.

A striker fire trigger has a trigger safety rather than a manual safety. It’s sometimes compared to a double-action trigger.

The main difference, though, is that instead of a manual safety, a striker-fired trigger will have a trigger safety or passive safety. It usually looks like a smaller trigger on the trigger itself. It physically blocks the trigger from moving, but you disengage it as soon as you put your finger on it.

While a double-action trigger has two actions — cocking and firing — a two-stage trigger separates the mechanical steps. The first stage incorporates the pre-travel, so all that’s left is the take-up and break.

When you complete the first stage on a two-stage trigger, you’ll feel and hear a click, which signals stage one completion. Precision shooters often prefer to use two-stage triggers because they get a better idea of when their rifle is going to shoot. They pull to complete stage one and might hold the trigger until they’re ready to fire.

A two-stage trigger on an AR-15 rifle, so the pre-travel is contained in the first stage and the take-up and break are in the second stage.

The goal of this article was to introduce what a firearm trigger is, how it works, and the different types of triggers that exist. If you have other questions about gear or training, check out the library of How-To Guides on OpticsPlanet and the GearExpert blog, or send them directly through our Contact Us page.

« How To Draw A Pistol From A Holster Step-By-Step (Video) Sousa Mantis LPVO Scope Review: An Affordable AR Optic »