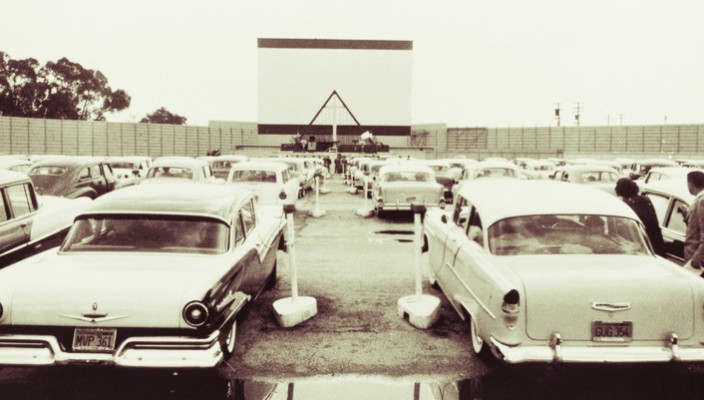 After coming down with a mild cold this past week, I spent more time than I probably should have on my couch watching action movies. It may have been the rather large spoonfulls of cold medicine that spawned what I would call a “eureka” moment, but all at once the floodgates of knowledge opened and had me going over every action movie I’ve ever seen trying to answer this one question: Does a gun make the movie or does the movie make gun?

Since I don’t work in Hollywood and can’t give you the ins and outs of who chooses the guns for the movie, I can’t answer this with irrefutable certainty. It would make sense that the guns are chosen to mirror the personalities of the characters who flaunt them on the big screen. However I also have a feeling that there may be a chance that firearm manufacturers pay big cash money to get their weapons strategically placed in a film.

That is a debate for another time. Instead, what I’d like to focus on is the general public’s response to seeing these guns in action. Can it be that by somehow seeing our favorite protagonist in a movie taking out bad guys with a gun, that specific firearm is now at the top of our list of next purchases? Does the fact that our hero uses a certain glorified gun elevate his cool status, and play a part in whether or not said movie gets your thumbs up? Simple Yes or No questions, these are not.  The best way to wrap your head around this idea is to go over a few action movies that we know and love.

Although this is certainly not the first Bond film where the Walther PPK is used, it is my personal favorite. When I think of the movie the first thing that comes to mind is not James Bond but the classic German made pistol that he decimates all with.

I have never been a fan of the AK47 platform but after seeing Lord of War for the first time, I couldn’t help but want one. For me, this movie definitely made the gun.

If you’re not familiar with this film, there’s one scene in particular that’ll stick with you more than anything. Vincent, the main character, draws his gun and takes out two bad guys so quickly that if you blink you just might miss it. Call it the Troll in me but had he been using something other than the HK USP 45 I don’t think the scene would have been as believable. The gun chosen for his character gave him credibility, and helped make him the badass the movie was trying to portray. The gun definitely made this movie. Nowhere else has the Beretta 92F looked as cool as it did in the hands of Martin Riggs. Not only was he one crazy son of a gun, but the scene where he shot the smiley face in the target had firearm enthusiasts everywhere in the market for that gun. Heck, it’s the only reason I wanted a Beretta 92f –  and because of that, I wholeheartedly believe this movie made the gun.

I could go on for days with theses action movie examples, but It all boils to down to one of two situations: If you see a gun and the first thing that comes to mind is a movie, then the movie made the gun. On the flipside, if you think of a movie and the first neural impulse you see is of a specific firearm, then clearly the gun made the movie.

So next time you sit down for your required weekly dosage of action flicks, ask yourself  “Does the main actor’s gun make the movie or the movie make the gun?” Now if only we can get the exact pistols they use in the movies that allow you to shoot 30 rounds without reloading…

What was your favorite gun in a movie? Let me know in the comments below!

As always guys, shoot-em straight and be safe.

If  you're a gun guy, then you've seen some of the crazy deals on AR-15 lower receivers recently. Personally, I...