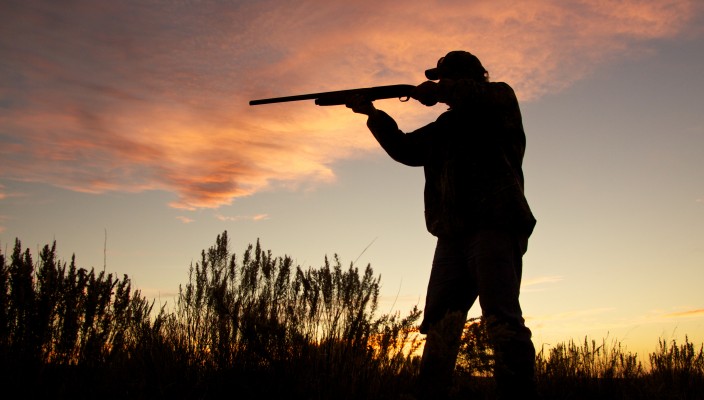 With Earth Day fast approaching, there’s no better time of the year to sit back and appreciate all the wonders of the incredible world in which we live. Many of you hunters and outdoorsmen and women can most likely call to mind vivid memories of majestic early morning sunrises, spring plants blossoming on rolling hillsides, and animals trekking down to their watering holes. However what’s hard to imagine is the fact that there was a time in this nation’s history where we came close to destroying many of these treasured memories. Booms in industry and population meant shrinking parks, forests and grasslands, pushing several species of wildlife to the brink of extinction. Thankfully a few brilliant and brave souls recognized this rapidly growing problem before it was too late, and to fend off pending doom for species such as whitetail deer, rocky mountain elk and ducks/waterfowl, called into action a group of individuals that can now be named as our nation’s greatest conservationists: American Hunters.

At the start of the 20th century, many wildlife species in America were in serious trouble. The white tail deer population had dwindled to just 500,000, there were few duck/waterfowl left, and rocky mountain elk numbered just around 40,000. Needless to say, unless something was done, these animals could have easily been erased from our great land. Recognizing the need for more robust wildlife and conservation programs, the firearm industry took it upon themselves to enact a change to protect the land and animals they and their customers loved so much. This change came in the form of an 11% excise tax on firearm and ammunition sales. Manufacturers petitioned Congress, asking that this tax be allocated directly towards wildlife conservation programs – a bold first step in reinventing wildlife conservation in America. Fast forward to 1937. Up until this point, the 11% excise tax on firearm and ammunition sales had been going into the United States Treasury, where it was then allocated and distributed to various conservation efforts. However Nevada Senator Key Pittman and Virginia Congressman Absalom Willis Robertson felt that these monies were not being allocated as effectively as they could be, so the pair sponsored a bill called the Federal Aid in Wildlife Restoration Act of 1937, more commonly known today as the Pittman-Robertson Act. Signed by Franklin Roosevelt on September 2, 1937, this act went into effect on July 1st of 1938. Now, all funds received from the excise tax on firearms and ammunition would be appropriated directly to individual States’ wildlife conservation efforts by the Secretary of the Interior. This change quickly led to more transparency and greater accountability across the 50 states, ensuring that the monies collected were spent in the most efficient manner possible. And with amendments to the law passed in the 1970s that added taxes from the sale of handguns and archery equipment into this pool as well, there are more resources than ever for conservation efforts across the country. So, where has the money gone over these past 75 years? Well, each year nearly $200 million is collected through the Pittman-Robertson Act, and is distributed to the states based on various formulas that take into account, among other factors, the total area of the state and the number of licensed hunters that reside there. States then budget this funding for efforts ranging anywhere from the purchase, development and maintenance of wildlife management and refuges areas, wildlife and conservation research, hunter safety and education programs, and the construction and maintenance of shooting ranges for the public.

It’s easy to see that through purchases of the gear they need for the activity they love, America’s Hunters contribute more to wildlife conservation in this country than anyone else. A lot more.  Need additional proof besides the $9 billion that has been collected from hunters for conservation efforts thus far? Just look at the numbers. When firearm manufacturers first petitioned Congress in the early 1900’s, wildlife population was declining rapidly. Now, thanks to the conservation efforts funded by Pittman-Robertson, some of our nation’s wildlife species are reaching record numbers. The whitetail deer population has grown from 500,000 to 32 million, duck/waterfowl from just a few to 44 million, rocky mountain elk from 40,000 to over 1 million, and wild turkeys from 100,000 to 7 million. Clearly, these conservation efforts put into effect by hunters and the manufacturers of hunting equipment are doing wonders for some of the country’s most treasured wildlife.

Through these great conservation efforts, the future of hunting in America looks very promising. However it’s important to remember that our work is never done. If you would like your kids, grandkids, and their grandkids to experience and build their own memories of majestic early morning sunrises and watching animals wake to greet the day, we as the hunting community must continue to work hard towards wildlife conservation efforts. Because at the end of the day, the job to protect this great land falls on the shoulders of those who love it the most.

Want to learn more? Be sure to check out this fantastic infographic on hunting conversation from our friends at the National Shooting Sports Foundation.

What do you think about hunter conservation efforts in this country – are we doing enough to protect the land we love? 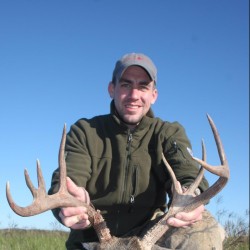 4 Must Have Upgrades for Your AR-15

Call me crazy but I’m one of those guys that popped out of the womb wondering how everything works, which...