4 Ways to Become A Firearm Fanboy 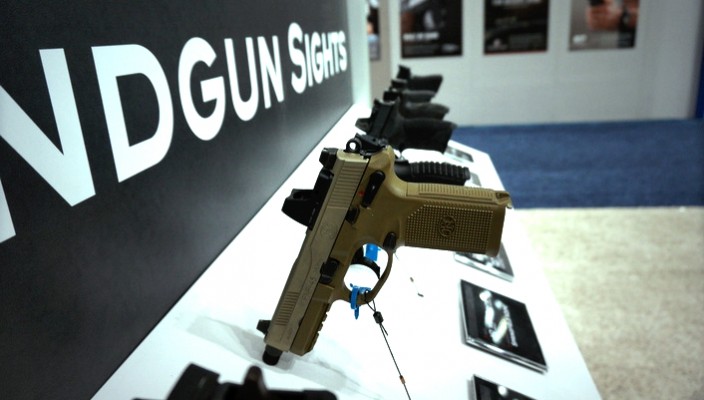 According to Urban Dictionary, a “Fanboy” can be defined as: “A passionate fan of various elements of geek culture (e.g. sci-fi, comics, Star Wars, video games, anime, hobbits, Magic: the Gathering, etc.), but who lets his passion override social graces.”

Ditch the  Star Trek and Comicon, the fanboys I’m referring to pledge their allegiances to the likes of John Browning and Mikhail Kalashnikov. You know who these gun geeks are. They’re in every group of friends and heck, you might even be one.

Before you try to tear me a new one in the comments, remember that this is all in good fun. We all enjoy firearms or you wouldn’t be reading this in the first place, so sit up, relax and listen in as I poke fun at the armpit of the firearms community.

1. Watch YouTube Videos from someone with no legitimate credibility. Now that everyone and their grandmother has a decent camera in their pocket, they somehow think that anyone and everyone should listen to their fifteen minute VLOG on the latest celebrity gossip. You’d think that being the level headed gun toting individuals that we are, we’d be above such atrocities. However this isn’t the case – they’re everywhere! With every YouTube video search, you end up with a handful of channels that are 100% worth their weight in gold and then there are these other guys. These swill merchants of search result page 6, are the bane of the firearms communities’  existence. With videos usually being filmed in the same place they store their lawnmower, they’re the first ones to praise a new weapon as the messiah before even putting a decent amount of rounds through it at the range.

Don’t know what channels I’m talking about? Do they start out the first minute of their video with blanket claims like “best handgun in the world”? ESC ESC before the sudden onset of garbage leaving their mouths taints your impressionable mind. Avoid these guys at all costs! You’ll thank me in the long run…

2. Establish a wardrobe of t-shirts in every tacticool color imaginable with said favorite brand smack dab in the center. As if painting a giant bull’s-eyes on your forehead wasn’t enough, you throw a gun logo on it to boot. Patches on the inside of your safe door or stickers on your guns case are one thing, but c’mon people don’t highlight the fact that you might have a gun on you when you’re walking down the street. Believe it or not I like these shirts as much as any fanboy out there, but I also only wear only them when I’m hanging around my house or while at the gun range to show off my love for said firearm manufacturer.

I almost forgot if you really want to dweeb out, slap a gun sticker of your favorite firearm brand on your car, making sure to point out the fact that your vehicle would be an excellent opportunity for a would-be thief to get ahold of a gun.

3. Think that by picking some oddball firearms manufacturer as your own, you have now multiplied your cool factor by a power of 5. This one irks me the most. I swear YouTube is filled with noobiciles who pick guns by throwing a dart at a board filled with obscene metal and polymer concoctions. The reason why no one has ever heard of this ugly stepchild of a gun you stumbled on is they’ve erased all memory of it for its sheer stupidity. What’s really funny is when these bozos decide they’re going to run this gun in IDPA all tactical-like, and end up with a holster that doesn’t fit because even the holster companies know the pistol is a joke and won’t make a specific one. Do everyone a favor and leave your funky firearm off of my YouTube “suggested videos to watch”, because there’s no way you’re going to convince me to buy that $600 paperweight. Ok, I admit I was guilty of this when I was of age to buy a pistol.  I came from the school of thought that a GLOCK was the child of Zeus and every time I fired the thing my Clint Eastwood-like accuracy would destroy everything in my path. After my first pistol competition and a dead last finish, I learned this couldn’t be farther from the truth.  It’s this type of mindset that cripples the firearms community. Who cares if the M&P is better than a Glock? And what makes you the authority? Personally I do love Gaston’s creation more, but in all honesty I shoot the M&P better. Talk about the awesome logic in that.

Fanboys everywhere be warned. Your days of pillaging our brains with misinformation is over! Then again what do I know? This is all coming from a guy who’s writing this while using a Glock cleaning mat as a mouse pad……

What’s your favorite firearm manufacturer? Let me know below in the comments. As always guys, shoot-em straight and be safe!

7 Responses to 4 Ways to Become A Firearm Fanboy

There is no excerpt because this is a protected post.