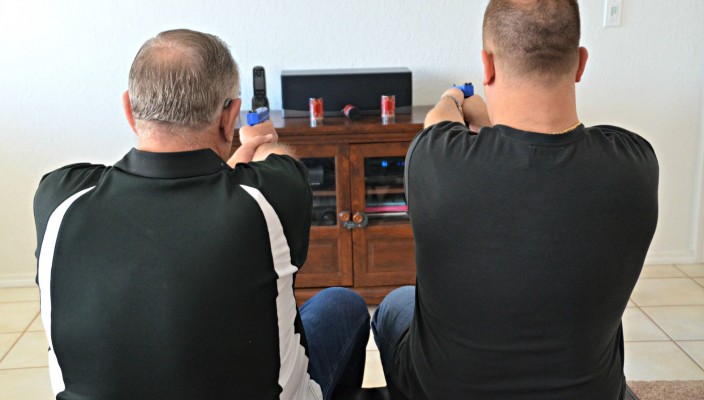 Dry fire training can get monotonous and boring really fast.  Although ammunition has been easier to find recently, these past few years have definitely experienced a market shortage.  LaserLyte and other manufacturers have been updating their Laser Trainer products over the last few years, and boy are they fun!  No need to spend a bunch of money on ammo, and you can even play with them indoors.  We went ahead and tried some of these products out, and can see the benefits of owning this type of device, both for practice, AND for recreation!  For this review, we chose to go with all LaserLyte products, but there are other manufacturers making these types of Laser Trainers available for dry-fire training. There are a few different options for Laser Trainers, depending on how much you’re looking to invest.  There are dummy training guns with the laser built in; cartridges that are chambered into the weapons like regular ammo; and there are inserts that slide into the end of your barrel.

LaserLyte offers a couple of different dummy gun models;  The Trainer Trigger Tyme® Laser Compact – LT-TTLC; and The Trainer Trigger Tyme® Laser Full Size – LT-TTL.  Both of these products feel fairly realistic, with one being similar to a compact auto-pistol, and the other being similar to a full sized auto-pistol.  Both of these devices have a similar weight and feel of an actual firearm, which assists with proper training of muscle memory.  They are an “all in one” unit, so simply insert the batteries, and let the fun begin!

These devices replace your standard ammo, and provide a quick laser burst when struck by the weapons’ firing pin. They are available in most popular calibers, and some also double as a laser boresighter.  The only downfall with these models is the need to “rack” the slide on single action semi-auto pistols and rifles after every dry fire.

Laser trainer barrel inserts allow you to use the device with many different firearms. These model simply slide into muzzle, and are sound activated, so the laser turns on momentarily when the trigger is pulled.  They are usually available in a couple of sizes, such as the LaserLyte .22 Caliber Laser Trainer LT-LR and the LaserLyte Premium Pistol Laser Trainer, .35-.45 Caliber LT-PRE.  These are good for single action semi-auto pistols, since the device is inserted into the muzzle; and racking the slide will not cycle the trainer out of the weapon (like the cartridge could).

Some even replace a few gun parts, such as the Laserlyte Laser Trainer Barrel for Glock, and the LaserLyte Ar Traing Kit Handle, Laser Block, Rod LT-C556. The LaserLyte Trainer Barrel for Glocks is only available for a few of the more popular Glock 17/22 and 19/23  models. This device replaces the whole barrel, which also assures the user that the weapon is unable to be loaded with live rounds. The AR15 Trainer actually replaces the charging handle, and includes a piece that is inserted into the buffer tube. These are safety devices that also ensure that a live round cannot be loaded while the weapon is set up for use with the laser trainer. Since both Glocks and ARs have striker style firing mechanisms, you will have to rack the slide or the charging handle before each shot.  However, these products are designed for continuous use, so the user can charge the weapon as many times as they want without the device needing to be reinserted into the weapon’s chamber.

Like the trainers, there are quite a few target options to choose from… The first model we tested was the TLB-1 by LaserLyte. This is a bullseye style target, which offers a “delayed” reaction. You have your large bullseye at the top of the device. In the lower left corner is another small sensor labeled “display”. The target does not immediately register your hits, as it is intended for the user to “focus on their next shot, not their last.” When you shoot the display sensor with the laser trainer, all of your landed shots will light up in the bullseye. In the lower right hand corner is the “reset” sensor. Just like the display sensor, aim at and hit this sensor with the laser to reset the device. This literally means that you can sit on your couch all day practicing trigger control and grouping. You never have to get up to reset the target! LaserLyte also offers the TLB-XL, which is a newer model in the lineup, and is twice the size as the TLB-1. LaserLyte also offers a few more functions in the XL, such as a score display; and the option to play timed games in 5, 10, or 15 second increments. It still has the display and reset controls accessible via laser sensors in the trainer target itself, so the only need to get up off of the couch is to access the power on/off toggle switch on the side! This model is intended to train users in a situational awareness setting. To score on this model, you have to hit the target when it flashes green or blue. You get 1 point for each hit. You do NOT want to shoot the target when it flashes red or yellow, as this will take 1 point away each time. These patterns are completely random, making it a great reactive target training device. This model can be a ton of fun with a group of equally minded, competitive friends! LaserLyte Tip Over Can, 3 Pack TLB-BWC

The LaserLyte Tip Over Cans have a laser sensor that records your hits. There is a little plunger that is motor driven, and when the sensor is hit, the motor pushes the plunger out to knock the can over almost instantly! The plinking cans were probably the most fun we had with the laser trainers. There’s just something about your target falling over when you hit it that makes this feel closer to live ammunition shooting. The only downfall is having to set the cans back up after they’ve all been knocked over! Also offered is the LaserLyte LTS Reaction Tyme Target. This target is intended to teach real world reactive training. The target lights up for a random duration between 3-7 seconds. When the target is lit, that means that the shooter should shoot the target. The target beeps 2 times when the shooter hits the target.  These targets can be set up almost anywhere, and you can continue to use them without having to get out of your seat to reset anything. We understand that some serious shooters may view these types of targets as “toys”, and a bit pricey at that. Some manufacturers have a much less expensive option, and those are the Reflective Laser Targets. These laser trainers have a huge positive to them, no matter which brand you go with: They are excellent at teaching trigger control. One thing that we noticed immediately with newer shooters was the inability to activate the laser without “streaking”, or pulling the gun/trainer in a certain direction while pulling the trigger. Within a few trigger pulls, the user gets instant feedback, and can correct whatever the issue is. They can continue to practice their trigger pull, and with a reflective target, simply get the muscles to memorize what is needed to fire a consistent dot in the same place, over and over.

How did they work?

We had a ton of fun playing with these products! They are great for rainy day training, and almost entirely safe to use indoors (just don’t point the laser in anyone’s eyes!) Some of our beginner shooters used the instant feedback from the trainer pistol, and were able to improve the steadiness of their trigger pull in a matter of seconds. We used the products in the picture above, along with the barrel insert, which was inserted into the muzzle of my Taurus 65 Revolver. I used snap caps along with the trainer, and the laser reacted as it should have. We did notice that the barrel insert acted a bit erratically at first, and the dot would sometimes seem as though it was not at the same brightness. Once we took around 100 shots with the insert, the laser was performing consistently. The pistol trainer with the built in laser worked consistently with every trigger pull.

Overall, the Plinking cans were the most fun, simply because there is an instant reaction when the sensor is hit. The Bulls Eye target was also great to work on our grouping, and it seemed as though the target displayed our hits fairly accurately. The Situational Awareness target was also very satisfying to use, since this device adds a score display. The display allows you to gauge how well you are doing instantly, and is the type of product you can have a whole bunch of fun with your friends! 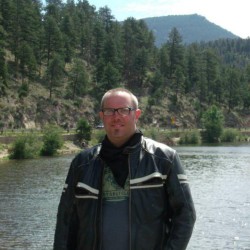 Mike C
Mike grew up in a household where his father would point out the different firearm models while watching action movies.He learned basic gun safety at a young age, and has been shooting ever since he was 6 years old. Mike also enjoys riding motorcycles, playing disc golf, and traveling the country to do either (or both!).Being from the Great Lakes region, he enjoys being outdoors as much as possible, especially to combat the cabin fever associated with our cold winters.

« Lost the Battle, But Won the Gear War? Have You Built Out Your Belt? »