The Longest Night Calls for the Best Streamlight Flashlights! 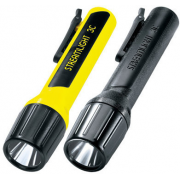 We’re rapidly approaching the Winter Solstice, which is the longest night of the year. Considering how dark it’s going to be, you’re going to want to make sure you have a great Streamlight Flashlight handy to keep the shadows at bay.

So with this dark day coming, you’re going to want to have plenty of light. Streamlight is an outstanding manufacturer of flashlights. They design models specifically for a wide range of applications, from the Fire Vulcan for firemen to the Stylus, which is perfect for workers who need to shine some light in cramped spaces.

But what about for your everyday Joe? The Fire Vulcan is a great flashlight, but when the power is out or you just want to get to the bathroom at night without waking up your wife it might be overkill. For these times I suggest Streamlight ProPolymer Flashlights. These handheld Streamlight Flashlights are lightweight, tough as nails, and bright enough to help you navigate even the darkest corners of your home.

As their name suggests, ProPolymer flashlights are made of a polymer resin that is nearly indestructible. The body comes in either black or yellow. I suggest the yellow body if you want it to be a little more visible at night. The lens is also made of the same polymer resin as the body, so ever part is strong enough to handle the shocks your everyday use will throw at it.

There are a few different models of the Streamlight ProPolymer light, but my favorite is the Propolymer 3C Luxeon Division 1 Flashlight. It has a super bright LED light, but not your normal high intensity LED. The ProPolymer LED Flashlight has a Luxeon LED light that uses less power and is 10 times brighter than a high intensity version! At peak intensity you’ll get 44 lumens, and because it’s so energy efficient you’ll be able to get those 44 lumens for about 4 hours of straight use! You can also turn down the intensity to get greater battery life.

And don’t worry about special batteries for the Streamlight ProPolymer. It runs on 3 C batteries that you can find in pretty much any store that sells batteries.

You might need a bit of extra light to get through the darkest night of the year, so be sure to pick up a Streamlight ProPolymer 3C Luxeon Division 1 Flashlight from OpticsPlanet today!

« Keep Both Eyes Open while Shooting Close and Far with a Trijicon ACOG! Vortex Viper PST Riflescopes – Grand Scopes for Under a Grand! »

Keep Both Eyes Open while Shooting Close and Far with a Trijicon ACOG!

One of the tougher challenges most shooters face is trying to shoot both close and far with equal accuracy and...