If You Thought the Battle Mug was Awesome, Wait till you See the Bottle Opener! 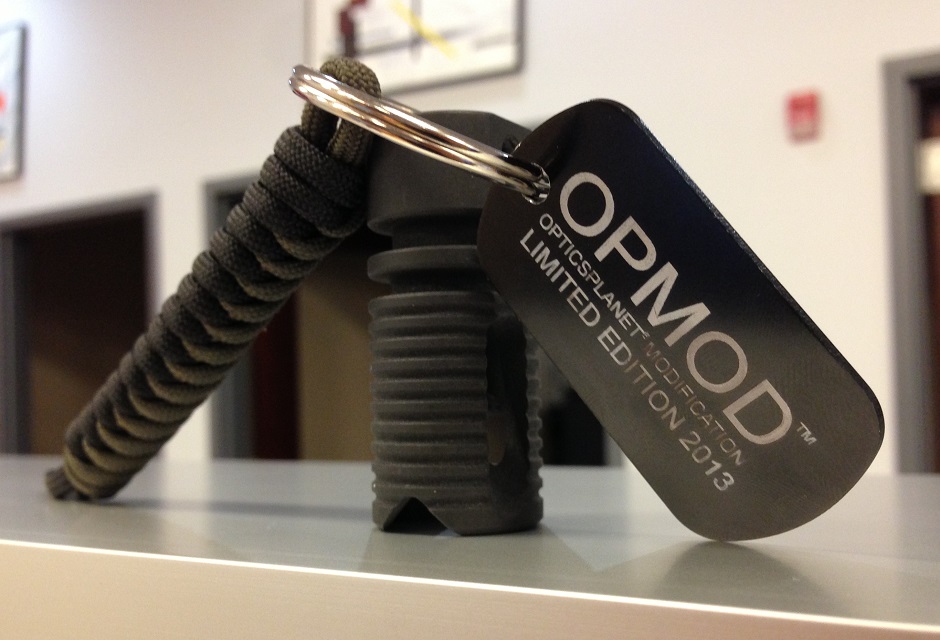 We’ve had a lot of fun over the last year with the OPMOD Battle Mug.  It was featured all over the internet as well as big time news stations like FOX News.  A product like that needs a suitable sequel.  Enter the OPMOD Tactical Bottle Opener.

This isn’t just any bottle opener.  This one’s tactical…

What does that mean?  Well, it’s more than the fact that it looks like an AR flash suppressor.  This puppy has true tactical brilliance in every atom. I wouldn’t risk opening a bottle with anything else

Let’s start with the bottle opener itself.  Much like the Battle Mug before it, the TBO (tactical bottle opener) is tough.  Having handled the TBO for a few minutes I wanted to provide a metaphor that would give you a really good idea of its durability.  That desire to provide an accurate analogy led to these:

Those were the best analogies I could come up with.  The OPMOD Tactical Bottle Opener is truly a phenomenal piece of equipment.  We’ve tested it extensively, and we can assure you it opens bottles.  But it’s a tactical bottle opener, so there needs to be some justification for that, right? The TBO comes with a paracord, which is an incredibly useful survival and tactical tool.  It can be used for building shelter, making slings and a whole lot more.  Since you’ll be tactically opening bottles, the paracord is a perfect accessory for helping keep a hand on the TBO.  Just tie it to your wrist or belt and you won’t need to worry about dropping it at an inopportune moment. OPMOD Bottle Opener made in the usa

In addition to being tough and cool, the TBO is quite patriotic.  It comes from the same manufacturer as the Battle Mug, and was made in the USA.  Everyone who sees you with it will know 3 things immediately:

If you want to see the OPMOD Tactical Bottle Opener in action, check out the video at the top of the page.  Alessandro and Steve had some fun checking it out. The OPMOD Bottle Opener is a serious piece of hardware for those who don’t take themselves too seriously.

One Response to If You Thought the Battle Mug was Awesome, Wait till you See the Bottle Opener!