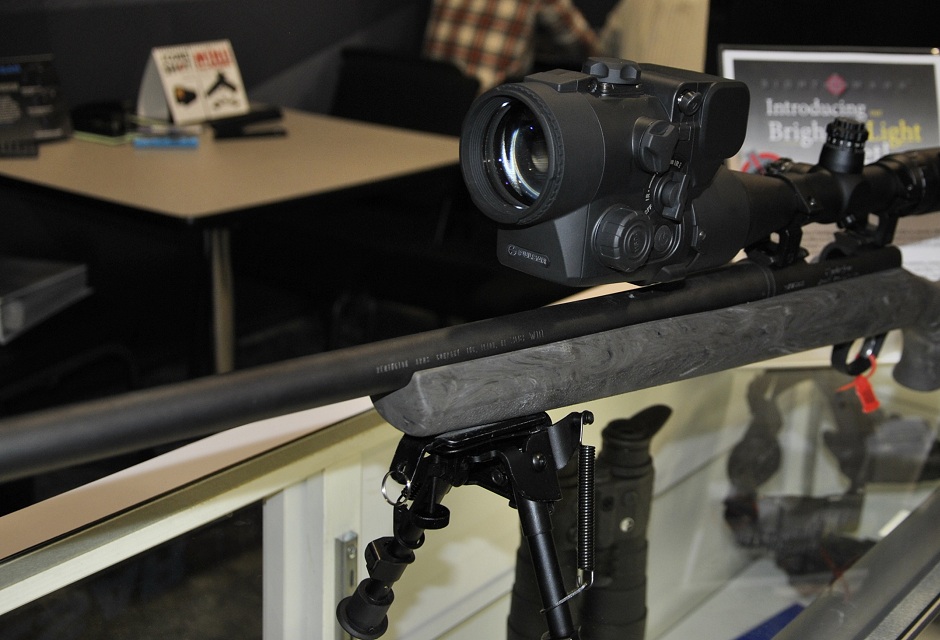 On Thursday, over at the SightMark and Pulsar booths, the theme was definitely all about digital night vision. We got some time with the new SightMark Photon, a digital night vision rifle scope expected to be released for around $700 in April (or perhaps earlier, or fingers are crossed!) This NV Rifle Scope features a powerful CCD chip and an OLED display giving it about 200 yards in range, and comes complete with video out capabilities and a side Picatinny rail (in case you wanted to mount an additional IR laser.) The scope has been rated to handle recoil up to a .308.  Not bad.  It’s certainly an exciting new SightMark NV Scope that’s sure to make Spring and Summer fun! 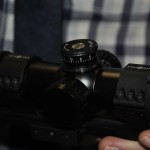 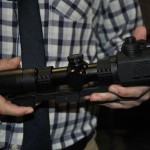 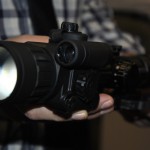 Pulsar was showing off an incredibly impressive clip-on unit called the Pulsar DFA 75. This unit clips directly on top of your day optics, and will be available in May for around $1999. Once again it has a powerful CCD chip and OLED display, but also comes with an external adjustable IR laser and supports a separate attachment that allows the clip-on unit to function as a 10x NV monocular (also available in May for around $300.) Depending on the riflescope you are using and ambient light conditions, you may be able to see and hit targets up to 300 yards away using this unit!  That’s HUGE!  300 yards is a rare feat for a night vision rifle scope, so you’ll definitely want to give this another look when it’s released in May. 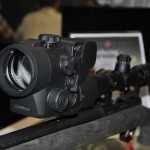 Simply attach the Pulsar DFA 75 in front of your daytime scope for an amazing view! 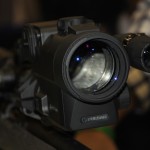 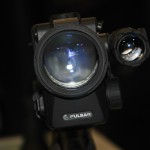 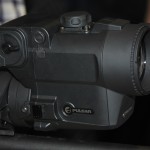 Side view of the Pulsar DFA 75 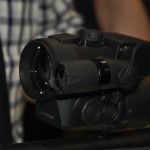