Week 7 of the Maximum Warrior Challenge was crazy.  Most of the challenges push the physical limitations of the warriors, but this week was more about speed and sniper skill.  The participants were given a FNH SCAR-Heavy with an Armasight CO-LR Night Vision Unit.  They’re placed at the top of a lookout tower and there are targets all around them.  They had to complete 360 of finding and hitting targets.  Pretty cool stuff.

To make the contest even cooler the winner got to take home a CO-LR by Armasight.  This is a very cool scope and gives a ton of awesome performance.  First, it’s a co-witness NV unit, so you actually clip it on in front of your regular daytime rifle scope to give a lot of versatility.  This is especially important for soldiers like the guys competing, as they’re often engaged in missions that take place over several hours, from daylight to nighttime.  While they can certainly bring along two separate scopes, they can’t really sight in a different scope when swapping.  A co-witness scope doesn’t require sighting in, as your rifle scope should already be right on target.  Simply clip the Armasight CO-LR on and you’re good to go!

It seems the toughest part of the challenge was finding the targets.  I’ve been watching the entire challenge and the Navy Seal has been kicking a lot of butt throughout, but though he’s a talented sniper, he struggled to find the targets in order to take a shot.  The winner was an Army Scout Sniper, and he seemed to have a really good handle on how to find the targets quickly and easily.  Very cool to see. 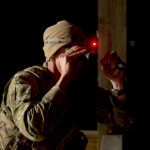 Finding the targets was the first challenge, but using the CO-LR made it easier. 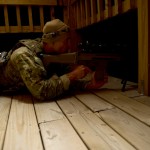 Taking shots from on high with an Armasight and SCAR-Heavy! 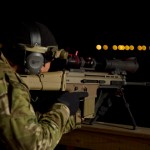 The Armasight CO-LR is a phenomenal co-witness night vision unit for military purposes! 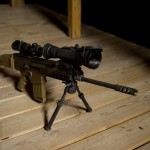 Now that is a beautiful firearm with a really beautiful Night Vision Unit by Armasight! 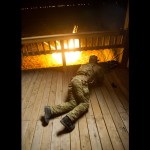 Explosions made Week 7 even more challenging!